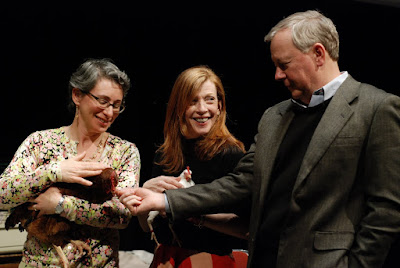 Author Susan Orlean (“The Orchid Thief”) never fancied herself as a chicken person. But after moving from Manhattan to the Hudson Valley, she found herself craving her own flock, she writes, “with an urgency that exceeded even my mad adolescent desire to have a pony.” Orlean was surprised to find she was not alone; in a recent New Yorker piece, she describes the resurgence of “backyard chickens” in American cities: “Chickens seem to be a perfect convergence of the economic, environmental, gastronomical and emotional matters of the moment,” she writes. For a price roughly equal to a carton of eggs, one can purchase a chick that will lay hundreds of eggs over the course of five or six years—roughly one every 36 hours, and all, one can be sure, cage-free, local and organic.

This week at Boston’s Museum of Science, Orlean delivered her first-ever lecture on backyard chickens, in which she invoked both AMC’s “Mad Men” (“Can you imagine Don Draper with chickens? The whole point of the suburbs, in its darkest conception, was to deny any association with an agrarian past.”) and Martha Stewart (“You might not think of her as someone who wants to rip the veneer off of suburban living” but she “deserves credit” for making chickens glamorous).

Earlier, Speakeasy caught up with Orlean to talk about the sociology of chicken-keeping, her next book project (hint: it’s animal-related), and Meryl Streep’s bid for a third Oscar.