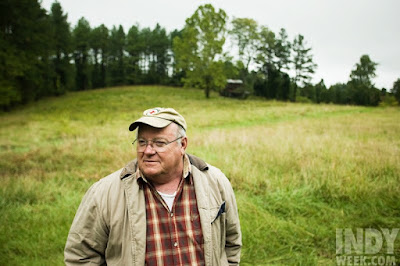 After finishing a plate of hot dogs and brownies, Hugh Webster addressed a small gathering of 30 supporters at a campaign fundraiser in East Raleigh. Wearing an olive-green safari shirt, khaki shorts and a bolo tie engraved with a buffalo, the Republican candidate for U.S. Congress walked to the center of the room.

In a brief speech, he rallied the crowd around one of the central tenets of his campaign.

"After my election, I will represent everybody," he said, pausing for dramatic effect. "Every citizen, every legal resident."