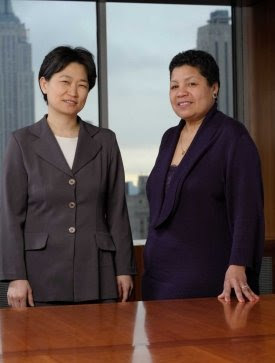 This article was commissioned for the Rockefeller Brothers Fund's 2008 Annual Review. From the review: "The 2008 Annual Review cover story, 'Democracy in Action, centers on the Fund's Democratic Practice program and examines the issues of elections reform, public financing, and immigration. It includes features by Lauren Foster and Matt Saldaña."

On a cold day in January 2009, with the economy in freefall and the United States at war on two fronts in the Middle East, Barack Hussein Obama, a self-described "son of a black man from Kenya and a white woman from Kansas," was inaugurated the country's 44th president.

"We know that our patchwork heritage is a strength, not a weakness," he said to a crowd of nearly 2 million, huddled together on the National Mall. "We are a nation of Christians and Muslims, Jews and Hindus, and nonbelievers. We are shaped by every language and culture, drawn from every end of this Earth."

To many, that declaration would have seemed impossible just one year ago. Anti-immigrant rhetoric filled the airwaves for much of 2008 and threatened to upend support for a candidate who had spent part of his childhood in Indonesia. Ultimately, Obama's victory depended not only on the insolvency of such language but also on support by a new class of voters: a coalition of Asian Americans, Latinos, and so-called New Americans born to immigrants in the latter half of the 20th century. According to a study by Pew Hispanic Center, Latinos voted in unprecedented numbers in 2008, favoring Obama by a factor of two to one. Exit polls conducted by CNN show Asian Americans similarly favored Obama and suggest the Latino vote may have handed Obama a victory in several critical swing states, including Indiana and North Carolina.

"We've shown that we have the numbers to really shift the political calculus that goes into election strategy for generations to come. There is no question about the power of the immigrant vote," says Chung-Wha Hong, executive director of the New York Immigration Coalition (NYIC).