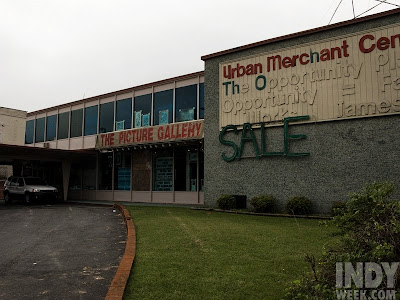 Ronnie Sturdivant, who on Aug. 30 was found shot to death in one of the two landmark buildings he owned in downtown Durham, never quite fit within the inner sanctum of Bull City businessmen. It was appropriate, then, that his funeral was held at the edge of the city, past a country club on Cole Mill Road, not as a final rebuke to the councilmen, real-estate leaders and tenants with whom he publicly clashed, but to accommodate a standing-room-only crowd. More than 1,000 mourners paid tribute Saturday to the former life-insurance salesman and would-be real-estate maven's "dreams unmatched."

Sturdivant's lackluster upkeep of roughly 30 rental properties and his stern measures with tenants—including a nasty habit of executing "self-help" evictions—earned him notoriety with city officials, who, in 1993, sought to prevent him from purchasing the Chapel Hill Street motel where he was found murdered. Police have charged one of his commercial tenants in connection with the crime.